History of our laboratory

The woods we use

You are here: home > FrankDrums


Why should you buy a handmade snare?

This is the most common and understandable question. The answer is simple: the snare is the heart and soul of the drum.

We could say that the craft is certainly more honest, eco-sustainable and original than the industry, but we will not make this a matter of principle. We are interested in the unique piece.

FrankDrums are certainly not designed for mass production: every snare has its own unique design. We are not interested in the "standard" that always works, but in the original piece. 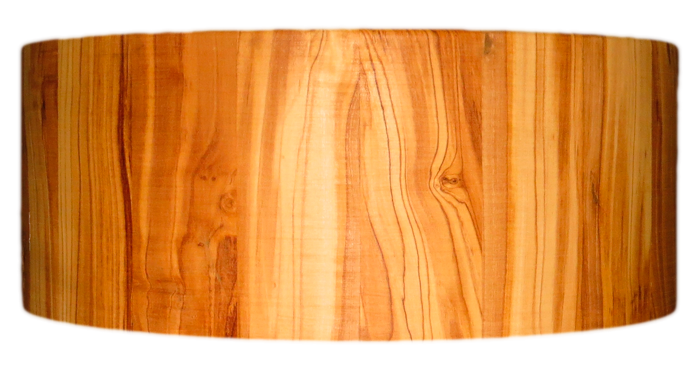 Given that the sound of a drum is to be transmitted in the direction perpendicular to the heads, we can say that Frankdrums shells provide the fast sound transmission because they have the right direction of the grains.

In terms of resistance our shells (thickness 10-15mm) have a high rigidity and elasticity. The wood can not break; at worst it can detach (as it happens to the plywood, but in this case we can not restore it). A wooden shell often better preserves the energy transmitted at the time of percussion. The sound will be much more powerful, focused on the base note and the second harmonic consonant. It’s ideal in studio, because it fits well and does not have long dissonant notes.

By contrast, a thin shell tends to vibrate more if beaten, this will lead to more resonance, so it will be less playable. As too much resonance leads to some sound waves cancelling each other in part (controfase), this will result in decrease of the total volume level. This is why a second air-exit point is sometimes added.

Drumheads for our snares

A thick shell is often much more sensitive to the change of different drumhead than a thin one, because the contribution to the overall sound of a drum is often smaller, as less resonant. The choice of drumhead is therefore very important.

The depth of the shell affects mainly the speed of response of the tailpiece and the duration of the note produced. With the variations in diameter on the other hand, we can influence the timbre. We craft snares ranging from 6 "to 15" in diameter.

We craft all types of angles.

There are two types of shell’s edges:


Where do we find the wood for the shell and what kind of wood?

The choice of wood is actually the last to be taken in the analysis because it depends on the chosen angle and the volume of air. Wood emphasizes / limits the frequency range set, and consequently the overall timbre of the instrument.

The wood is processed and perfectly sanded on the inside, treated with drying oil, to create a perfectly reflective surface (we don’t craft snares with inner square faces).

You can see the woods we use on this page.

Our products, being made of solid wood, do not require a strong invasive coating. With a subtle finish the peculiarities of the shell remain alive because the wood’s grain is not closed.

The circles are two flanges, usually made of metal (steel, zinc, alloys) that pull the skins tight on the shell. On the circles the eyelets allow the tie rods (long steel screws) to calibrate the pull of the head. The number of the tie rods ranges, for a 14 " snare, from eight to ten. However, there are also models with a larger number of lugs.

With a greater number of lugs the strain on the rim is more widely distributed. This contributes to a more homogeneous strain of the head, and therefore allows to obtain a finely tuned sound. By contrast, a larger number of lugs reduces resonance (each lug is fixed to the shell with one or more screws).

Some companies produce "free floating" snares’ models, in which the tie rods allow you to hold together the circles and to tune the heads without drilling the drum shell.

Compared to normal drum circles, powerhoop circles and the die-cast circles maintain some rigidity during the traction; they also have more volume when used in the rimshot technique (which consists in hitting at the same time, with the sticks, the batter head and part of the circle). 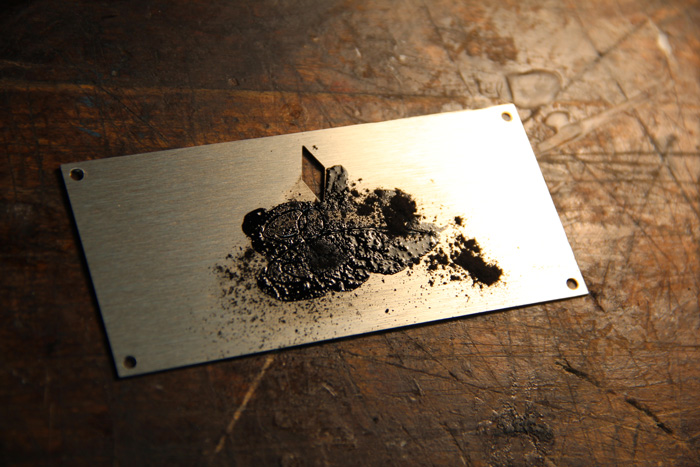 It is made of lightweight inox aluminum, which does not weigh down the snare and neither creates resonances or unforeseen vibrations.

The personal signature can only be requested by the endorsers of Liuteria Cesarini..